“Do I need marriage counseling?”

If you’re asking yourself that question, you might be reflecting on the entirety of your relationship, from start to present. If you have recently faced some challenges in your marriage, you may feel unsure of where your relationship is headed. Even just contemplating divorce can feel upsetting and stressful.

Dr. John Gottman has studied marital satisfaction and stability for decades and is considered an expert in the field of psychology. In his studies on relationships, Gottman and his colleagues discovered four steps that signal the progression toward divorce. He refers to them as the Four Horsemen of the Apocalypse.

Being uncertain of whether your marriage is over or heading toward divorce can be very unsettling, but do not despair.

Recognizing the appearance of the Four Horsemen during your conflicts is an essential first step to eliminating them. Further, if you both want to stay married, there are antidotes to each horseman. Marriage counseling or couples therapy can help you identify the Four Horsemen in your relationship and learn healthy, productive modes of communication, as well.

The Four Horsemen of the Apocalypse

In the New Testament, the Four Horsemen of the Apocalypse are conquest, war, famine, and death.

While not as dramatic as the New Testament, Gottman uses the metaphor of the Four Horsemen to signify behaviors in a troubled relationship. The Four Horsemen of the Apocalypse for a relationship are complaining/criticism, defensiveness, contempt, and stonewalling.

Keep reading to understand each Horseman, the order in which they typically appear, and how to move forward in your relationship with the help of a licensed Marriage and Family Therapist.

Here’s what to look for:

It’s important to understand the difference between criticism and offering your partner a critique, or voicing a complaint.

A complaint is an expression of dissatisfaction, and that happens from time to time. Criticism is an attack on your partner’s character, beliefs, personality, appearance, or actions. Criticism uses absolute or hyperbolic statements, which is different from voicing how you feel or what you think.

What to look out for is when criticism is intertwined with a complaint. A common way a complaint can escalate to a criticism is with the addition of blame, often accompanied by the phrase “you always” or “you never.”

“I have a lot of things that need to get done before the party tonight. It would be nice if you could help out.”

“I have so much to do before the party. It would be nice if you could help me out for once rather than sitting in front of the television.”

“You never help me out. Are you really this lazy?”

Don’t assume that your relationship is heading for disaster if you and your partner are critical of each other.

With criticism, the problem occurs when it becomes common. It makes one person feel attacked, rejected, or hurt. If criticism is ongoing, the couple can fall into an escalating pattern. This paves the way for more damaging horsemen to follow. When the first Horseman reappears with greater and greater frequency and intensity, the Horseman of defensiveness usually follows.

Defensiveness usually occurs in response to criticism. Typically, people get defensive when they think they are being attacked in some way. When a person gets defensive in marital interactions, they might be trying to avoid blame. By acting defensively, they deny responsibility when communicating to or about their spouse.

Partner: “Dear, did you do the dishes like I asked?”

Defensive response: “You know I am completely drained from work, but you have to nag me about the dishes? It’s actually your fault it didn’t get done because it isn’t my turn!”

Even though it is understandable to defend yourself if you feel criticized, this approach is not helpful to resolving the disagreement. Defensiveness essentially shuts down the process of conflict resolution.

Rather than engaging in defensiveness, it can be helpful to express acceptance of responsibility, admission of fault, and understanding of your partner’s perspective:

“Oh no, I forgot. I should have asked you this morning to do it because I knew today would be endless meetings. That’s my fault. I will get on that right now.”

Acknowledging the issue and your partner’s feelings is a more productive mode of communication. Defensiveness shifts blame, and does not allow for healthy conflict management.

Many couples only seek marriage counseling when the Horseman of contempt rears its ugly head.

Contempt is a more severe form of criticism. When people express contempt, they mock or insult their spouse. This behavior suggests that they are superior to their partner.

Contempt is shown in a variety of communication acts, such as:

“I can’t believe you don’t know how to fix this. You aren’t good for anything!”

In its most hostile form, contempt manifests as a put-down and expresses hatred toward the partner. According to Gottman’s research, contempt is the one of strongest predictors of divorce. Contempt severely damages a relationship.

The final Horseman is stonewalling. This occurs when one partner disengages from the conversation. They show no signs of receiving messages from their spouse.

Indicators of stonewalling are:

On the surface, stonewalling can appear as a refusal to engage in conflict resolution. It might seem that the stonewalling partner doesn’t care about the relationship, but understanding what is happening under the surface can shift your perspective on the behavior.

When a person stonewalls, they are, most often, completely overwhelmed.

In a state of overwhelm, the nervous system is flooded with stress hormones like cortisol and adrenaline. This adds a layer of difficulty, physiological effects to an already-escalated emotional situation. Typically, the stonewalling partner is not unaffected, but rather, so deeply affected that they cannot discuss the situation rationally, or parse the information being given to them.

A few of the physiological signs of flooding or overwhelm are:

Gottman’s research suggests it can take up to 20 minutes for a person to calm down and bring their body back to baseline after becoming overwhelmed. When you notice you or your partner exhibiting stonewalling behavior, it’s time for a time-out from the conflict or conversation. No one is able to be their most present, rational self when flooded with stress hormones.

Self-soothing, as the antidote to overwhelm, should be the next step. Once the physiological effects of stonewalling have passed, you may return to the conversation for a more productive attempt at conflict resolution.

The horsemen have appeared in our relationship: What should we do about it?

Horsemen are bound to pop up in a relationship now and again. That doesn’t spell doom. Understanding the warning signs of marital issues and divorce predictors is the first step in repairing your relationship.

However, if you find that any combination of the Four Horsemen are appearing consistently in communications with your spouse, it may be time for couples therapy or marriage counseling.

Couples therapy or marriage counseling can be helpful for many reasons, and you don’t have to wait until the Four Horsemen are present in your relationship to strengthen your connection with your partner.

If criticism, defensiveness, contempt, or stonewalling are continuously showing up in your relationship, getting counseling can be pivotal.

Other benefits of marriage counseling may include learning healthy ways of navigating conflict, healthier communication patterns, and improving relationship satisfaction.

If you’re nervous to try couples therapy, start with a free consultation to see if it’s right for you. You can connect with one of our licensed Marriage and Family Therapists today, and start the process of compassionately repairing and investing in your relationship. 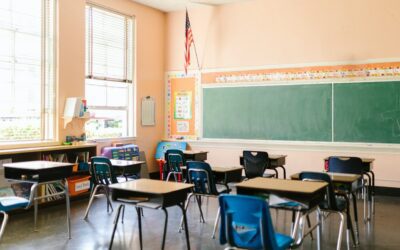 What Is The Role of Male Desperation in Mass Shootings?

I'm Uncomfortably Numb When I was supervising students in the Couple and Family Therapy program at The University of Maryland in the Fall of 2017, I had a slightly disturbing experience. It was Monday, October 2nd and I was the nighttime supervisor on site at the...