A November to Remember

Disclaimer – Psychotherapists tend to strongly recommend against publishing an article of this nature, due to the fact that it could impact the therapeutic relationship with current clients. Having already disclosed publicly on my professional blog where I stand on certain social and political issues, if a client reads this article and wishes to bring it up in our work together, that would be more than welcomed. The views expressed here transcend professional codes of ethics, and tap into a deeper moral and humanistic code of principles.

Through the Looking Glass

After taking a month and a half off from blogging, as much as I wanted to do a piece on the Transition to Parenthood, or on my continuing series of Retraining Your Brain for Improved Sleep, I have to address the 6’ 3”, 236 lbs elephant in the room. On Nov. 8, 2016, the people of our country spoke and elected Donald Trump as the 45th president of the United States. Yes. That happened. It’s the end of November and I am still digesting this news. As a political junkie, I’ve downloaded, watched, and listened to countless programs and interviews from many of the major networks, podcasters, and other cultural commentators; And yet, I am still digesting this.

On the eve of the election, I knew history would be made. Through all of the polls and talking heads, through all of the scandals and weekly WTF-moments, through behind-the-curtain conversations indicating that even Trump himself was not expecting to win, this election still had “un-bubbled” liberals earnestly being afraid that Trump would win. And they turned out to be right.

The Whole World Is Watching

The Donald had made no investments in a transition team – apparently he is superstitious and didn’t want to jinx things. The more likely reason, in my opinion, was that he wasn’t expecting to win, so why bother. Historically throughout the primaries and the general election season, the President-elect has behaved in ways that would indicate that he really did not want the job. Donald Trump’s M.O. is today, as plain as it ever was, “Say and do things that will enrich me and my family; Say and do things that will get people to pay attention to me.”

Well, you have the entire world’s attention Mr. Trump. And you are apparently not backing down from any ethical conflict of interest in your new role as President-elect given your international holdings and assets. You are poised to enrich yourself and your family, as a presidential win will, no doubt, increase the value of your brand abroad since your name is now synonymous with the greatest superpower in the eyes of the international community. 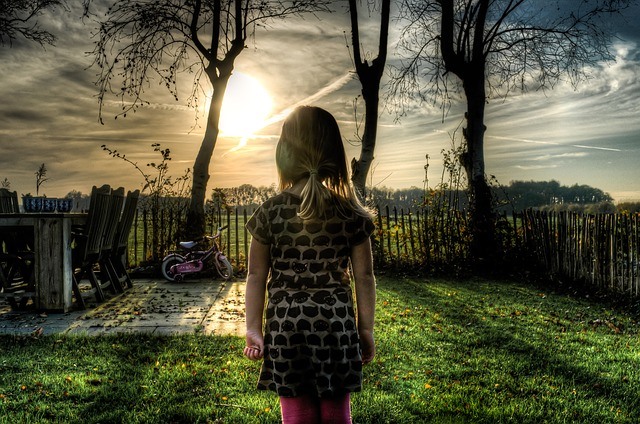 “And to all of the little girls who are watching this…”

On Wednesday morning when Hillary Clinton delivered her concession speech, my dumbfounded countenance was finally pierced by the sadness induced after hearing her say, “And to all of the little girls who are watching this, never doubt that you are valuable and powerful and deserving of every chance and opportunity in the world to pursue and achieve your own dreams.” I shed tears listening to this, holding my 1 year and 4 days old daughter, because this message had to be delivered in the wake of a campaign filled with misogyny among other forms of bigotry.

If I were a youth after this election outcome, I may very well have been caught up in the marches, and protests joining in the chorus, “Not my president”. But I am compelled to follow the examples of those who have tasted defeat after so many other elections. I am compelled to listen to the political elders and role models of our democracy. President-elect Trump deserves a chance to lead. And if I look in the mirror and call myself a true patriot, then I want Trump to succeed. I want him to be a good president. A great president. *The greatest president there ever was*. That doesn’t sound a little like a textbook grandiose narcissistic self-statement does it? And oh yea, the previous sentence was carefully worded, because while MFTs don’t have to follow the Goldwater Rule, we do still have Professional Opinions (7.8 in our Code of Ethics). But based on Trump’s judgment so far, in whom he has picked to fill cabinet positions, I am not holding my breath.

Donald J. Trump, a reality T.V. Star, a demagogue, a con-artist (the likes of which our country hasn’t seen since the days of Joseph Smith Jr.), an Internet troll, a misogynist, will be our president. The same country that elected the first African American president also elected the man who attempted to delegitimize Obama’s presidency through the “Birther Movement”. The man who has electrified white nationalists from sea to shining sea, who chose Steve Bannon as his chief White House strategist, will be the 45th President of the United States. This man will likely appoint several justices to the Supreme Court and could shift the bench for a generation. Vice President-elect Mike Pence, a heartbeat away from the 70-year old cyber bully, is a climate change denier, believes in gay-conversion therapy (much much more on this later), and is one of the most anti-abortion politicians to date.

The Times They Are a Changin’

It would seem, that as fast as this country has been shifting on social issues, it is shifting just as fast (perhaps faster) in the opposite direction. This election has awoken a sleeping giant. New political activists that were silent or passive on the sidelines are now being galvanized to protect the values and principles this country has evolved to embody – the Civil Rights movement happened. It cannot and will not un-happen. Donald Trump lost the popular vote by over two million votes. The majority of the country (who voted) was in support of what Hillary stood for (or against what Trump stood for).

Get active. Get involved with your local levels of government. Or, at the very least, donate to organizations that fight for the values that you want represented in your constitutionally limited representative democratic republic. Given what’s being threatened by the incoming administration, here’s a good starting point:
Center for Reproductive Rights
Mexican American Legal Defense and Educational Fund
NAACP Legal Defense Fund
Natural Resources Defense Council
Planned Parenthood
ProPublica.org
Sierra Club
Southern Poverty Law Center
The International Refugee Assistance Project
The Trevor Project

Related Articles:
Why Racism Has Persisted, and Why We Need to Look Beyond Politics to Heal Our Divide
Reflections on Pride Month: Measured Progress in the LGBT Community
A Message to Supporters of North Carolina’s Bathroom Bill
Robin S. Smith, MS, LCMFT is a Licensed Marriage and Family Therapist in clinical practice in Bethesda MD, and specializes in relationship issues for couples, families, and individuals, for improved quality of life. His clinical specialties include: transition to parenthood for new and expecting parents, infidelity, sex and intimacy issues, premarital counseling, and trauma. Robin has given talks to various groups including hospital administrators, graduate students, therapists, and child birth educators. He is the primary contributor to Your Couples Therapist Blog.
Blogs
Latest Post