A Message to Supporters of North Carolina’s Bathroom Bill

Most, if not all of you know by now about the controversial House Bill 2, better know as the “Bathroom Bill” that passed in North Carolina in late March. The Public Facilities Privacy & Security Act passed the state House 82-26 and the state Senate 32-0, as Senate Democrats walked out in an act of protest refusing to vote on the bill. Most, if not all of you have heard of the many responses across the country from celebrities and businesses large and small supporting or opposing the bill. For a list showing who is supporting or against the law The Charlotte Observer has an extensive breakdown.

Do you notice a pattern here? The companies, groups, and individuals who are against the bill overwhelmingly represent where the majority of the nation is at on this issue. Those who are in the supporting camp are typically more socially conservative and/or religiously affiliated. Full disclosure, I am against the bill, and I want to speak here to the individuals who are in support of HB2.

I understand that you want to protect the vulnerable people who might be victimized by individuals claiming to be a man or a woman, just to get access to a bathroom or locker room that doesn’t match the biologically assigned sex on their birth certificate. I understand that you feel that transgendered people may be confused, or are going through a phase, or perhaps suffered from childhood abuse that “made them this way”. I understand that you believe that this legislation does overall good for our society, and perhaps takes us one step closer to getting our culture “back on the right track”. I believe I understand your position on this matter. If I don’t, or if I have missed a big piece of your argument, please let me know in the comments section. And, please take an open and honest moment to understand my position. 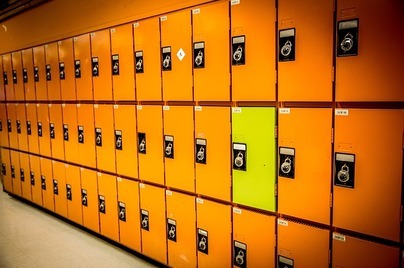 I’m a 31-year-old straight man (I was born a boy, and I identify as a man), born and raised in the D.C. suburbs by an Episcopalian family who taught me Judeo-Christian values. They taught me to serve and do good in the world, and also taught me how great North Carolina is by bringing me there as a child. My folks have actually retired down there, because it is, indeed, a wonderful state to live in. That is, of course, if the gender you identify with matches the sex you were born with. Most of us live with this convenience; therefore, most of us don’t really have to think about it too much or attempt to understand it completely, right?

It is becoming very clear that changes are happening in our society, changes that you may or may not like, agree with, understand, or feel comfortable with. As a therapist, I speak with many of the people that I work with about change. Change is constant. Change is inevitable. Change is normal. No one could have predicted how quickly our society shifted on legalizing same-sex marriage. And now, the “T” community in “LGBT” are beginning to have their voices heard and recognized by all of us, again, whether we like it or not. I, for one, like it. No, I love it! Here’s why.

You see, straights, gays, lesbians, and transgendered people have existed for as long as people have existed. The straights have dominated the cultures and societies around the world, almost certainly because of statistical outnumbering of other groups. But being a statistical minority doesn’t automatically mean being abnormal. Being gay, lesbian or trans is not new. It is not abnormal. In nature we see other animals engaging in same sex relationships. Perhaps you’re familiar with the, “that doesn’t make it right for humans” argument about homosexuality in nature.

My friends, we are nature. The human body and brain is the product of millions of years of evolution. Our systems are built with the same stuff and in the same structural layout as our animal relatives and ancestors. Ever hear of the expression “the lizard brain”? This suggests that lower order thinking is shared with both humans and “lower animals”. I implore you to listen to Carl Safina’s talk on how animals show thinking and feeling. Obviously I don’t want to get off subject and turn this into a Creation vs. Evolution discussion; however, this content becomes relevant when talking about what is “natural”. 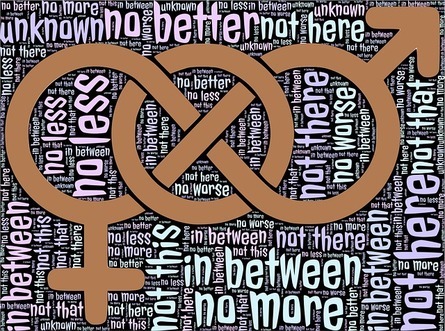 As with straights, gays, and lesbians, there have always been transgendered people, in all societies (no matter what Ahmadinejad says – can you hear how the crowd is laughing at his claim?). People fear what they don’t understand. Allow yourself to be open and curious to learning about subjects that you haven’t honestly, and fully taken the time to understand without bias. Jean Malpas, a trans expert with the Ackerman Institute for the Family, talks about how every child takes a gender journey. I invite you to listen.

And finally, on the legitimacy of the legislation, there is zero evidence of any transgendered person committing assault, or any act of violence that would warrant HB2’s legislation. I rather like how this father put it, “…I don’t worry about [my daughter] being attacked in a restroom by a trans woman because (a) it has never happened; and (b) trans women are the most victimized group of people I’ve ever met, and the least likely to commit a crime of indecency in a restroom, because they are afraid of getting beat up when all they want to do is pee.”

?Often times, changing one’s mind around issues of sexuality and gender identity requires a person have a close family member come out to them, and then, and only then, do they allow their heart and mind to see what has been there all along, a person who is entitled to the same rights as everyone else. Tragically, all too often, a member of the LGBT community will come out to their family, and come to find out that hearts and minds don’t change at all, and that individual is met with painful rejection. It is time to talk openly, and honestly in order to change hearts and minds. It is time to shine light on the darkness that is ignorance and misunderstanding. It is time to have respectful, open, honest conversations with those who don’t share our views and beliefs on this issue.